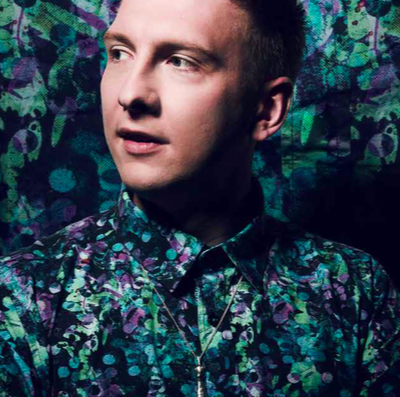 If you’ve ever seen Joe Lycett perform stand-up, there’s a high chance you’ll have laughed until your sides hurt. There’s a much lower chance, however, that you know he’s also a dab hand in the kitchen.

Having sampled half a tray of his home-made white chocolate, orange and macadamia blondies, and a bright pink beetroot-cured salmon, I can confirm that he is, indeed, a highly proficient cook. This is particularly impressive for someone who spends much of his life on tour, where meals are often a choice between service-station pasties, ‘nice restaurants’ or post-show Deliveroo orders.

He cooks a lot when he is at home, both because he enjoys ‘smashing stuff in a big pot and seeing what comes out,’ and also for the challenge of ‘finessing the timings of the thing. Once I get a recipe that I like I’ll do it loads in a short space of time.’

That said, for all the ‘respectable cheffy things’ that he serves to his mates (more on the beetroot-cured salmon later), he insists that the rest of the time his cooking tends to be ‘a hodgepodge of whatever’s in the fridge – like halloumi on a bed of salmon with a Linda McCartney burger on top.’

So, Lycett can perform sell-out shows to thousands of people (he is currently approaching the end of his fourth UK tour, I’m About To Lose Control And I Think Joe Lycett), and also cure a whole raw salmon overnight. Is all food equal in his eyes?

‘Of course not! Capers can die, top of the list,’ he insists. What on earth have they ever done to him, I wonder?

The full article is available to read in the current (AW19) issue of the bi-annual magazine, Watts What